This article aims to provide a clear understanding of the slice function in Make and the differences between zero-based and one-based indexing. Both of these concepts are used in Make, but they are not documented completely.

If the end argument is not specified, the function will slice the array till the end by default. The slice function is an important tool for manipulating arrays and can be used to extract subsets of data or divide an array into smaller arrays. 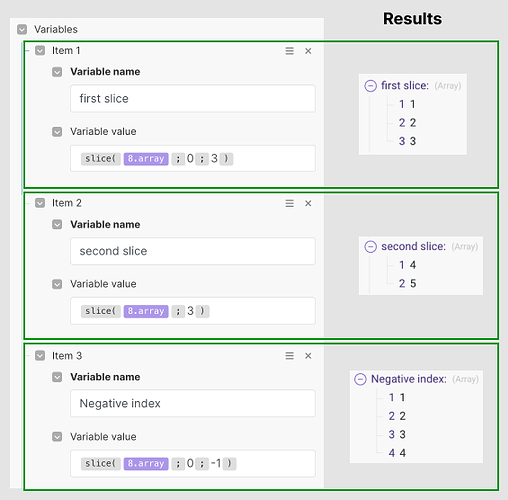 Worth mentioning as well, is that the substring text function in Make works with the same index logic as the slice function. This means that it also uses a zero-based index system, where the first character in the string is indexed at 0, the second character is indexed at 1, and so on.

Thanks so much for taking the time to put this piece together and for sharing it with the community. How incredibly valuable

Nice one @Callinetic !
It’s funny and interesting to see that Make is using both zero- and one-based indexing…bit confusing sometimes