I’m having difficulties building a scenario where I search for issues there aren’t updated for more than 48 hours in Jira, and sending all the output in just one message via microsft teams.

The problem is that I need more than one field as output (image below), 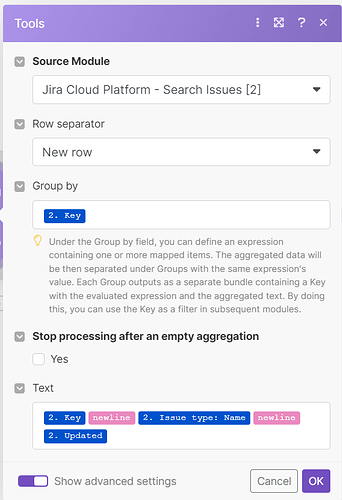 and thus, it gives either n messages (for example, 9 if the number of tickets not uptaded is 9), or it gives me everything aggregated, if I use text aggregator, in one sentence (but sends only one message - and that’s what I want), as the following image shows:

I tried using table aggregator, so the output in my message could be formated as a table (even though I was not sure if this would really work – and it didn’t) 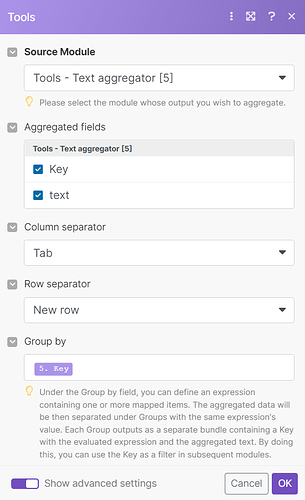 Does anybody has an idea on how to solve this problem?!

I tried using table aggregator, so the output in my message could be formated as a table (even though I was not sure if this would really work – and it didn’t)

What was the output of the table aggregator?

See the Object in brackets? There is a collection in the input to your table aggregator. You’ll need to extract your data with the map() function. If there is an array you may need to use get() as well.

And more on data structures in general.

I tried again. Not sure why I had those brackets there, but here I may show you better with details (I used outlook as an example). I tried both with and without table aggregator, and the output doesn’t even change anymore. It sends n numbers of emails depending on the number of the output’s bundle (I chose 2 as an example here) 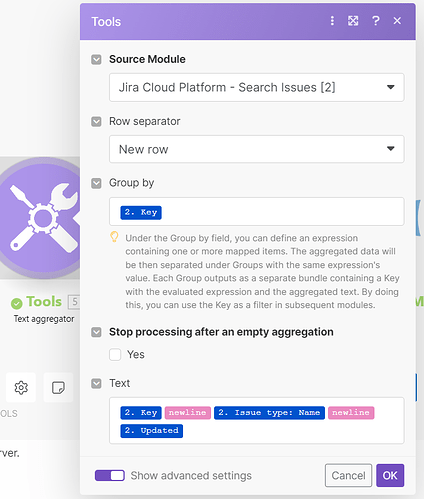 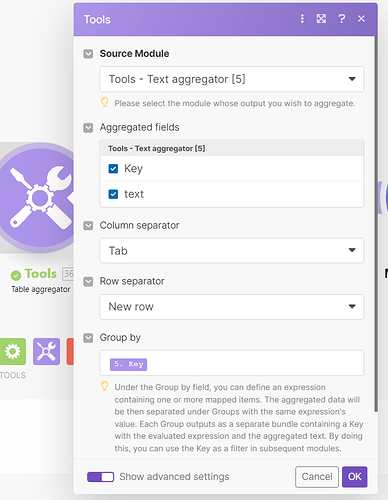