an snippet from the docs of the API I use

Filters can be applied by repeating the “filter” parameter in the URL. For example, the following URL:

when I do that, only the 2nd parameter is sent 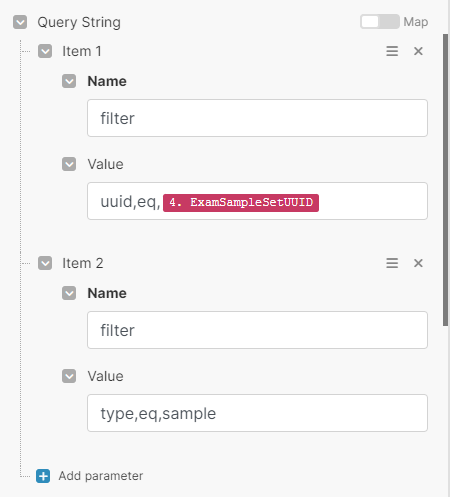 even if I disable the function.

Is there any tip how to send the parameter twice?

i would expect an array then

But still only the 2nd parameter is sent

But still only the 2nd parameter is sent

I’m not sure this will work because the second filter will replace the first in the query param. A url can only have a unique set of query parameters.

Why can’t you create the necessary expression in just one filter parameter by combining the logic?

By default, Make handles multiple values for the same url query string parameter key as arrays (e.g. www.test.com?foo=bar&foo=baz will be converted to www.test.com?foo[0]=bar&foo[1]=baz ). To disable this feature, activate this option.

Why they only send the LAST key ?

It’s quite commen (I think) to use the same parameter twice as they also do in there own example
www.test.com?foo=bar&foo=baz - foo gets 2 values …

Does it work if you just put the parameters in the url directly instead of using the query strings fields?

good idea . i put both parameter in 1 field but i had problems with the & (encoded) but i will try your solution and report - thanks 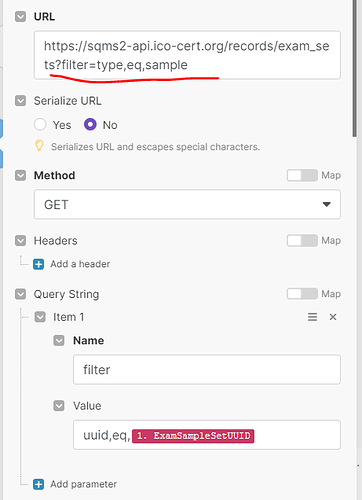 mhh but thanks anyway rob

@trob999 did you also test out the API calls within Postman to make sure its not an API issue?

Yes Postman response is OK - Exact what I expect - also both parameters in th APi Server Logfile. Since MAke is (according to the apach logs) not sending the right URL the response i s wrong
make is not adding the second Parameter…

also when i swicth OFF "Disable serialization of multiple same query string keys as arrays”
The URL is not modilated correctly !!! that is why i guess it is a bug 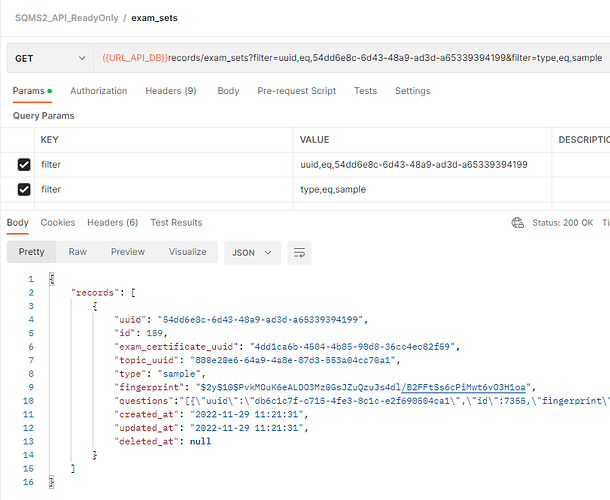 Hey @trob999 , its a bit of a weird API (looks like oData but at the same time is not) however this does indeed seem like a bug…
Could you create a support ticket with the team, since they will be able to assist you more.

Let us know how that goes!

I expect to see the following in the WAHTEVER API server log files.

But make sends only in BOTH cases

Which IMHO is a bug !