Since Notion has consistently been one of the top searched terms here in the community, I thought I’d share yet another tutorial by @Matous_Vrba from our Growth Team.

In the video, you’ll get a step-by-step overview of how to effectively sync your Notion database with your Google Calendar. Read on to get the summary of what goes on in the tutorial or skip to the end of the post to watch the video.

The scenario you’ll be building in this tutorial watches changes in a Notion database item and: 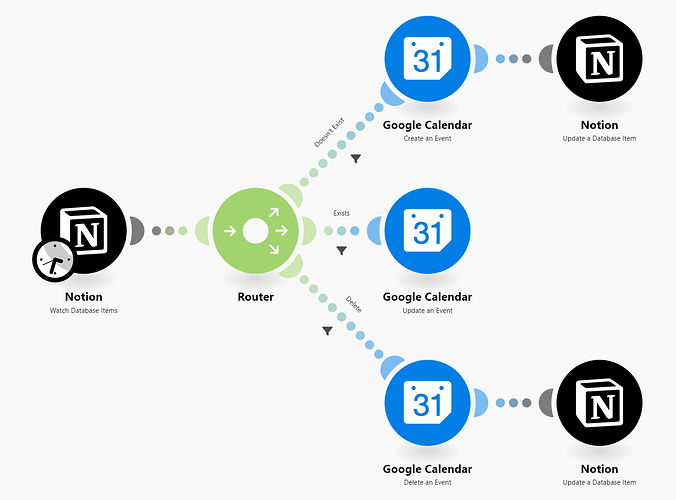 In the tutorial, you’ll learn how to